acquisition Mogema Group in the Netherlands


Aalberts Industries has reached agreement with the shareholders of the Mogema Group on the acquisition of virtually all of its operations.

The Mogema Group - based in ‘t Harde and production facilities on five locations in the Netherlands, with a more than 200-strong payroll and annual turnover of some NLG 60 million - is in the business of supplying components and complete assembled units to a broad range of industrial customers.

The current management team will remain attached to the company.

One of Mogema’s most prominent customers is ASM Lithography with which the group works in close harness. Within the framework of this relationship Mogema is setting up an additional new production facility in the next six months for the manufacture of base frames for the new generation of ASML wafer stepper machines. Mogema also manufactures components and advanced assembled products for other major customers.

For Aalberts Industries the acquisition signifies a strengthening of its Industrial Services activities and expansion of its turnover in significant growth sectors like the semi-conductor industry. As part of the Aalberts Industries Group, Mogema will be in a position to benefit in turn from the group’s existing international sales network.

The takeover is in line with Aalberts Industries’ strategy of enhancing its position in the Industrial Services sector, through internal development on the one hand, and also through the acquisition of advanced specialised supply companies generating high added-value.

The results of the Mogema Group will be consolidated with effect from 1 July 2000. Aalberts Industries will finance the share transaction from its own resources. The acquisition will make a positive contribution to the profit per share. 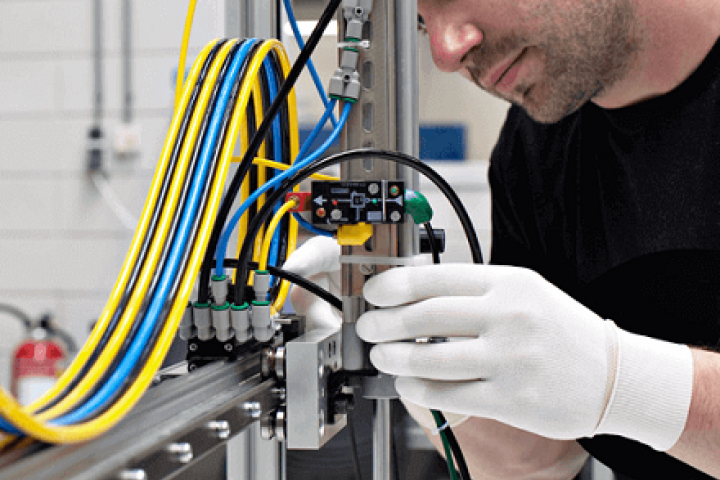 acquisition Pneu/Tec in the Netherlands